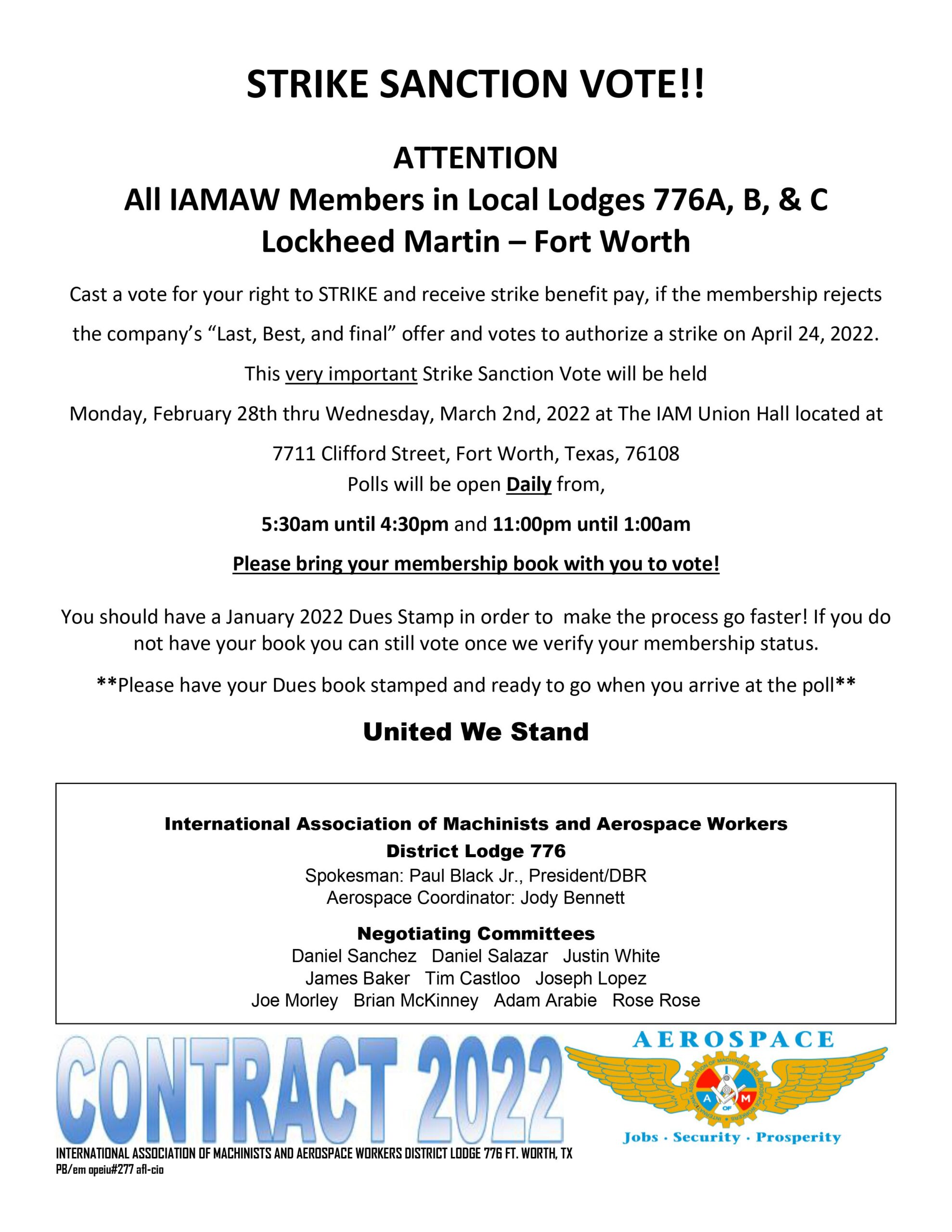 A Strike Sanction Vote is the very important first step of the administrative action that is required under the IAM Constitution to call a strike. The Strike Sanction Vote ensures, that should the membership later reject the company’s “Last, Best, and Final” contract proposal, and vote to reaffirm the strike sanction vote with a second vote called the “Strike Authorization Vote,” the IAM Constitutional requirements of receiving approval to call a Strike and to receive Strike Benefit Payments have been satisfied.

A “Strike Sanction Vote” does not mean you are going on strike!  To take strike action against an employer, your IAM Constitution requires the following steps be taken:

(1) All state and federal notifications be made.

(2) A “Strike Sanction Vote” be approved by the affected membership.

(3) Items (1) and (2) are sent to the Executive Council of the IAM to ensure compliance and receive authorization.

(4) Negotiations have ended between the employer and your union negotiating committee.

(5) A meeting is held for the affected membership to go over the employer’s proposal, and for each member to cast a “yes” or “no” vote on ratification of the proposal.

If the strike authorization vote fails to carry by the required a two-thirds (2/3) majority vote, the company’s “Last, Best, and Final” offer will be accepted. Without the necessary membership support for a strike, our negotiators have no power to insist on our bargaining demands.

Authorizing a strike is not a simple process and the safeguards that are in place are there to ensure that only you, the affected membership, have a vote in making that final decision. That is to accept or reject the contract offer, and if rejected, whether to authorize a strike. Just remember strike benefit payments cannot be authorized if you do not vote in favor of the strike sanction!