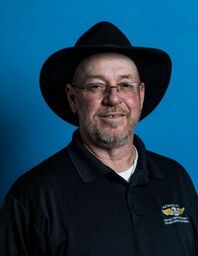 John is also active in his community where he has served the past 4 years as a board member on the Economic Development Commission in White Settlement, Texas.